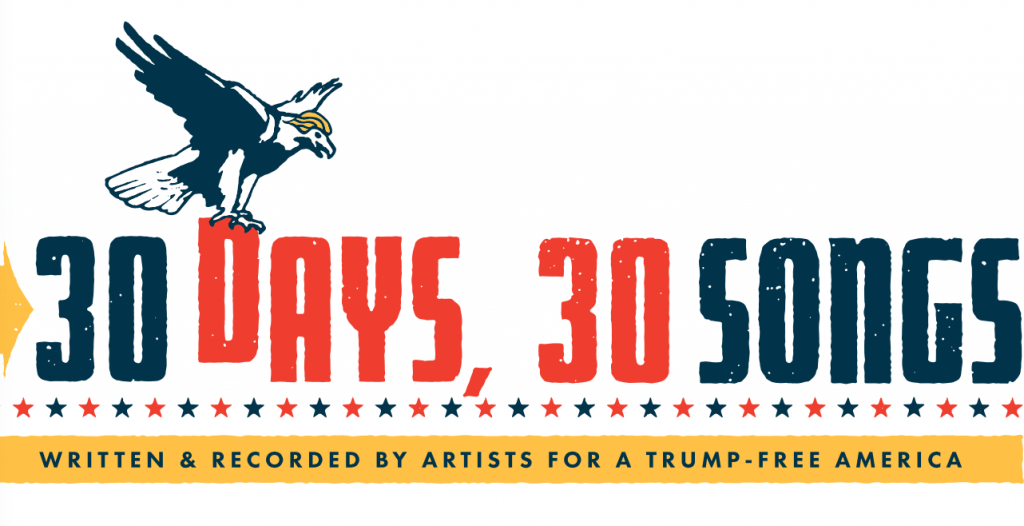 R.E.M. will be among several acts (including Filthy Friends, Peter Buck’s project with Corin Tucker, Kurt Block, Scott McCaughey, and Bill Rieflin) contributing songs to 30 Days, 30 Songs, an independent website that will release one song per day from October 10 until Election Day.

It is produced by the creators of 90 Days, 90 Reasons, which sought to motivate voters to give President Obama a second term, and it features work from artists across the country.

As artists, they are united in their desire to speak out against the ignorant, divisive, and hateful campaign of Donald Trump.

As the website states, “We will not be duped by Mr. Trump’s rhetorical contortions, by his pandering and lies and false promises. He has shown the content of his character time and time again, and the very fact of his candidacy is a blight on the nation. His words incite hatred and celebrate inequity. Most troubling of all, over the past year, the country has become inured to the towering vileness of his rhetoric and deeds, his attacks on women, Mexican-Americans, Muslims, and those with disabilities. But we have to remember these acts, and act against them. In the words of Cornell West, we cannot become “well-adjusted to injustice.”

The opening track debuted today by Death Cab For Cutie and you can listen to it here: