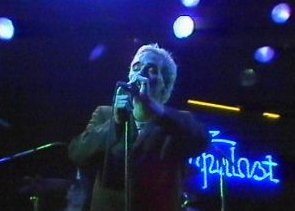 In honor of the 25th anniversary release of Fables of the Reconstruction on July 13, 2010, Cine, the Athens art-house cinema, will screen a special showing of a 25-song concert that the band performed in Germany on October 2, 1985 for the Rockpalast live German television music show. The concert runs approximately 90 minutes. The blistering set became an instant classic with the band performing songs from Murmur, Reckoning, and the newly-released Fables of the Reconstruction alongside songs that would later appear on Lifes Rich Pageant. The performance also includes the band’s take on a unique variety of cover songs by artists such as The Rolling Stones, Television, Aerosmith, and Creedence Clearwater Revival. Rockpalast, which translates to English as “Rock Palace,” started in 1974 and continues to this day. The footage of the concert comes directly from Rockpalast. For a complete setlist, visit rockpalastarchiv.de.

R.E.M. HQ · 5 minutes ago
@remhq
Thrilled to see continuing progress in the movement to finally get recording artists paid when music is played on the radio https://t.co/1IL6Fw87vz #MusicFairness
View on Twitter
0
2