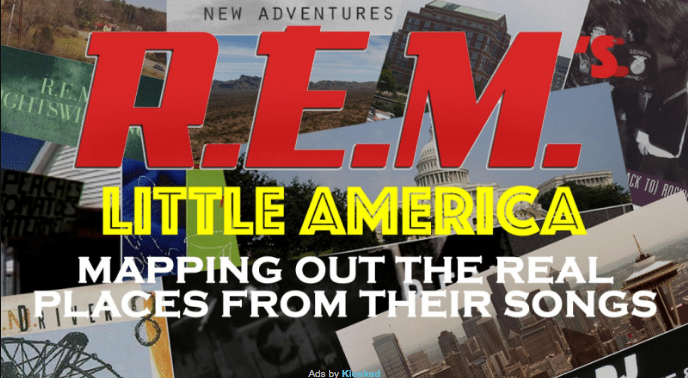 R.E.M. was one of America’s best bands – not just in the sense that the college rockers were from the U.S., but that they wrote and recorded a lot of songs about the country, its history, its future and its struggles. As such, some of the band’s songs make a great guide to America, which inspired this R.E.M. Road Trip Around the U.S.A.

Having formed in Athens, Ga., many of R.E.M.’s songs (especially the early ones) focused on the Southern U.S., from small-town characters to endless rail lines to the legacy of the Civil War. After all, they named their third LP Fables of the Reconstruction. Although singer Michael Stipe (as well as the other members who wrote lyrics) could be oblique in the band’s language and stories, these songs could also contain specific references to events, time periods and, certainly, places.