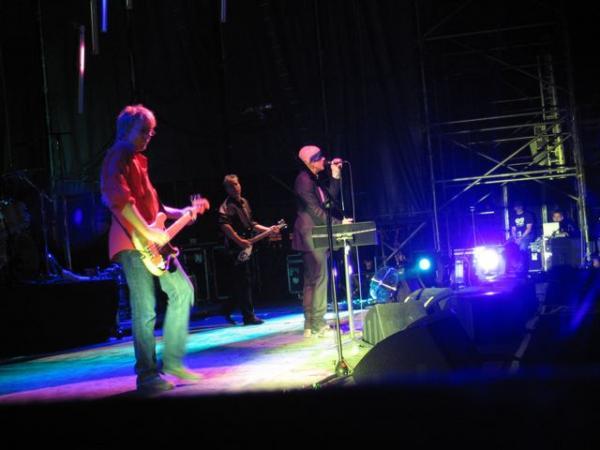 R.E.M is confirmed to play Bob Geldof’s Live 8 concert on July 2nd; The concerts, scheduled for Berlin, London, Paris, Philadelphia, and Rome, are aimed at drawing attention to the need for political justice for the world’s poor and will occur a few days before the G-8 leaders hold a summit meeting in Scotland July 6-8. Other confirmed acts are Coldplay, U2, Keane, Paul McCartney, Elton John, and Madonna.

“Charity will never really solve the problems,” said Geldof, who was knighted in the U.K. for his work to end poverty. “It is time for justice, and 20 years after Live Aid people now demand it.” Earlier in the week on his website Geldof said, “What started 20 years ago is coming to a political point in a few weeks. There’s more than a chance that the boys and girls with guitars will finally get to turn the world on its axis. What we do in the next five weeks is seriously, properly, historically, politically important.”

R.E.M.’s Live 8 set will NOT effect the band’s show at the St Gallen Festival in Switzerland later that same night. The band is expected to play a short set at Live 8 after which they will fly to St. Gallen well in time for their headlining slot at the Festival.

According to reports, Live 8 tickets will be available starting at 8 a.m. London time June 6 and will be allocated in a lottery, with winners informed by text messages to their cellular telephones. For more information on tickets and other confirmed acts, please click here.