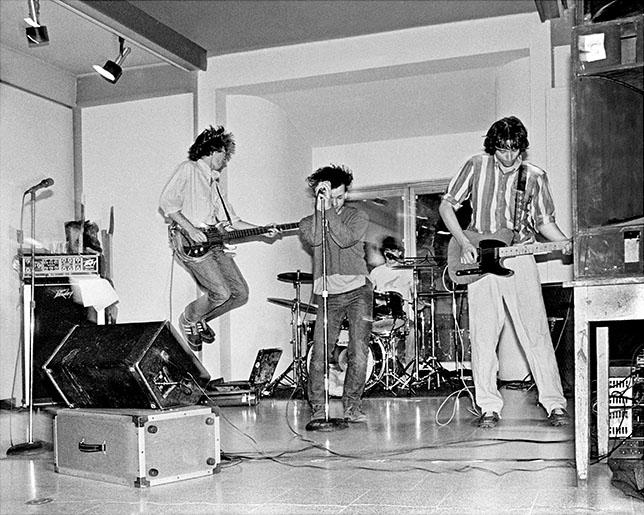 On a cold December night in 1980, photographer Terry Allen walked into the UGA Art Department with camera in hand and clicked off a few shots of a very young local band named R.E.M. That photo would eventually become one of the band’s most recognized and iconic images. As legend has it, that evening may very well have served as a warm-up show for R.E.M.’s gig at the Fox Theatre in Atlanta a few nights later with future label mates, The Police. In 2006, the photo became the cover shot for “And I Feel Fine… The Best of the I.R.S. Years 1982–1987,” the band’s compilation album featuring songs from their years on I.R.S. Records.
Next month, December 2020, marks the 40th anniversary of the night Terry took the photo in Athens, and a special limited offering of the photo is available now at: terryallenphotography.com/shop