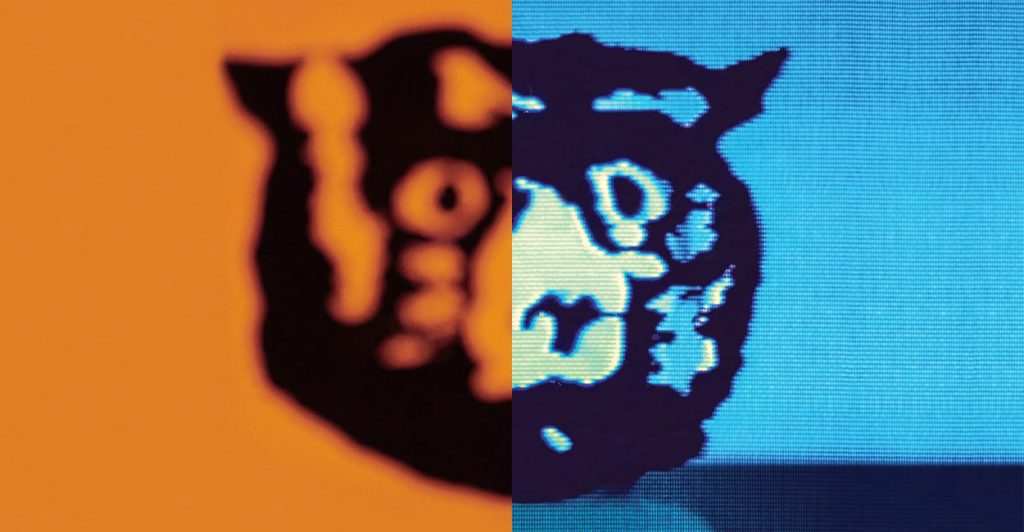 Ahead of the upcoming 25th anniversary reissue of Monster, the band has launched an interactive web experience which allows fans to A/B the 2019 remixed album against the remastered 1994 original by toggling between the two. Through the web application, fans can stream the advance singles “Let Me In” and “What’s the Frequency, Kenneth?” (logging in through their preferred streaming platform) and sample 30 seconds of each of the remaining album tracks. Starting on Monster 25 street date, November 1st, all songs on the album will be available to play in their entirety.

The web experience provides an immersive and interactive dive into the sonic realm of the album, allowing easy exploration of the differences between the timeless originals and the brand-new mixes by Monster’s original producer, Scott Litt. The experience is visualized by the iconic bear head artwork, which shifts between the 1994 orange cover and the new distorted blue mode, depending on which version of the song the user is playing at that moment.

Click here to pre-order #Monster25 as a deluxe box set, also on CD, LP and digital.