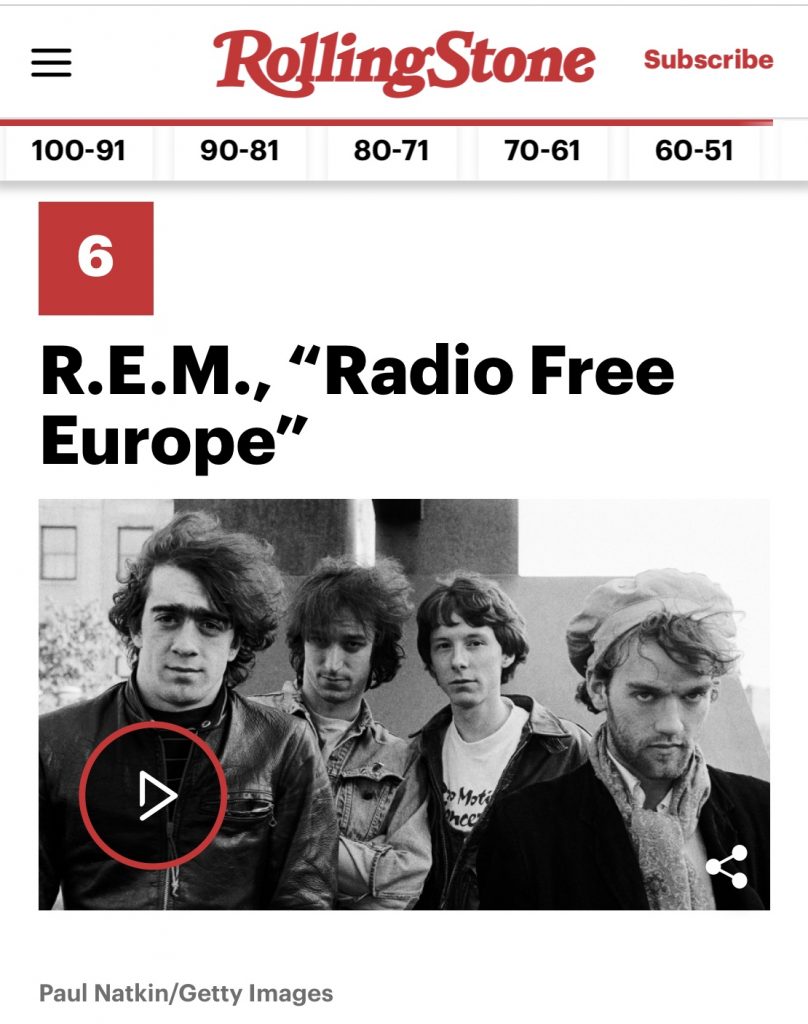 “R.E.M. changed the world in so many ways with their 1981 seven-inch “Radio Free Europe.” Michael Stipe, Peter Buck, Mike Mills, and Bill Berry broke every rock-game rule: They were from a nowhere town (there’s an Athens in Georgia?), on the local label Hib-Tone, no power chords, no keyboards, no machismo, no clichés. A low-budget, high-energy DIY sound that was clearly Southern — not a hint of New York or L.A. or London in it.”

“Radio Free Europe” clocks in at #6 in the @rollingstone 100 Greatest Debut Singles of All Time list.

Two other hometown bands—the @theb52sband and @pylon.band — are in the top 100 for their singles “Rock Lobster” and “Cool” respectively! Congrats to our Athens friends for their recognition.