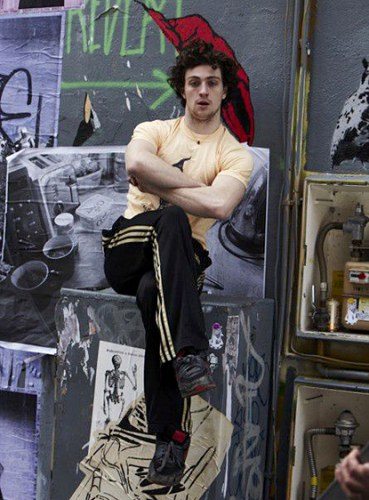 Highly-acclaimed director and artist Sam Taylor-Wood has filmed the video for the band’s first UK single “ÃÅberlin.” The film, which debuts internationally today and in the U.S.A. on March 3rd, was shot in and around London’s Brick Lane in one afternoon and stars Aaron Johnson who dances and maneuvers his way deftly through the streets in a vintage R.E.M. t-shirt. Speaking about the video, Taylor-Wood noted: “Michael Stipe gave me complete creative control and trusted me to make this piece for R.E.M.” Michael added, “Sam and I had talked about doing something for R.E.M., but I had no idea that she and Aaron would create such a work of beauty. It’s as if all the film references instantly updated themselves to “21st Century Now.” Taylor-Wood added, “Aaron gave me his wild, free spirit and the collaboration was pure magic.”

Check out the video for “ÃÅberlin” today in these locations: