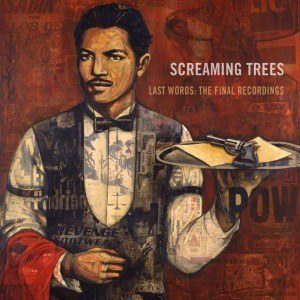 Between the winter and summer months of 1998-99, Seattle band Screaming Trees recorded their last batch of songs before disbanding in June of 2000. Those final sessions, produced by Trees drummer Barrett Martin, feature guest appearances by R.E.M.’s Peter Buck and Queens of the Stone Age/Trees guitarist Josh Homme. The album was recently mixed by the Trees longtime friend, Jack Endino, and has just been released as a digital download on August 2nd, 2011, on Barrett’s label, Sunyata Records. The physical CD of the album will be released on October 18th, 2011. The album is titled, “Last Words: The Final Recordings.” You can hear streaming audio by visiting Sunyata Records, which also has a link to I-Tunes.