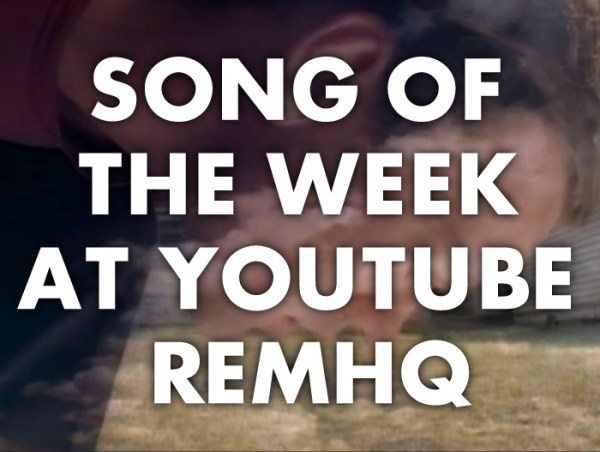 Today marks the start of our “Song of the Week” series in which, over the course of the next five weeks, we will focus on one of the band’s most-beloved songs from R.E.M.–Part Lies, Part Heart, Part Truth, Part Garbage, 1982-2011, R.E.M.’s greatest hits package due out on November 15th.

Beginning with today’s song, “The One I Love,” we will announce a new song on remhq.com and Facebook/remhq every Monday (for 5 weeks) and will then post vintage photos, videos, and commentary from the band on the song as well as covers by other bands throughout the week. We’re asking fans to submit their own video covers, comments, and reflections on YouTube as video responses to the “official” video telling us what R.E.M. and the song of the week have meant to them. On Friday of each week we’ll showcase select content from fans on remhq.com and Facebook/remhq. Here’s an opportunity for you to let us know what a song has meant to you over the years!

Peter Buck on “The One I Love”:

The hit single. We played that the whole year after Lifes Rich Pageant came out. I remember writing it at the house I had on Hill Street. I’m pretty sure we played it almost every show that tour. The thought was “Well, we have one song for the next record.” In those days we were always playing catch-up. It was make a record and then tour for a full year and then somewhere in there realize, “Oh, we’ve got the next record, and it’s going to be great.” We were handling it pretty well. There were times when you felt like you worked and you had nothing in the bank, but with “The One I Love,” I felt like it could be a single.

The song for Week One is “The One I Love.” Here is the link to the official video. Start posting those videos, comments, and reflections today!

“The One I Love” COVERS: