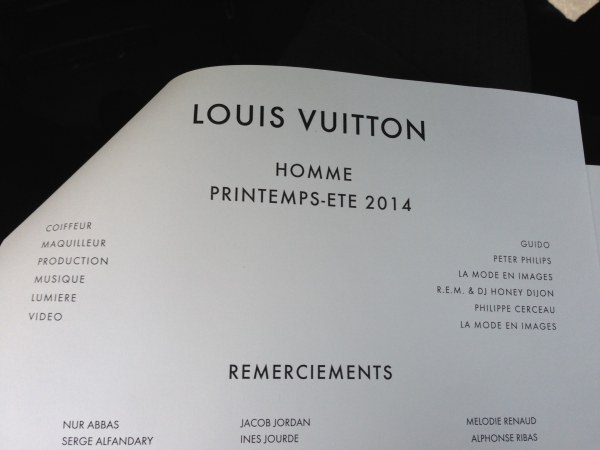 Michael has been in Paris this week where he has collaborated with DJ Honey Dijon on the soundtrack for Louis Vuitton’s Men’s Summer Season 2014 show. The duo spliced together R.E.M.’s “The One I Love” and “Losing My Religion” for the show which took place earlier today (6-27). Check out this article at wwd.com for photos and backstory.

In the show’s press release, Kim Jones, Louis Vuitton’s Men’s Studio and Style Director, said, “I have wanted to work with Michael for a while and this collection seemed the perfect opportunity for his sound. I grew up listening to many of his songs–and he is also one of the first people to buy my clothes!” Further explaining the synergy between the collection, the landscape, and the music, Jones added, “The collection is really about the freedom of the road and that freedom itself being luxurious. The clothing should have that do-what-you-want attitude. It’s a road trip drawing on elements of classic American culture from clothes, music, souvenirs. It’s the changing environment from city to forest to desert; that journey in a day from snow covered mountains to cacti in the desert that you can only really seem to have in America. Like the radio you listen to as you travel through the states.”

Read more about the show and check out photos of Michael:

Interview with Michael at GQ.com

Photo of Michael and Kim Jones at gettyimages.com

Photo of Michael at the Louis Vuitton show via instagram.

Watch the show with R.E.M. soundtrack at luisvuitton.fr