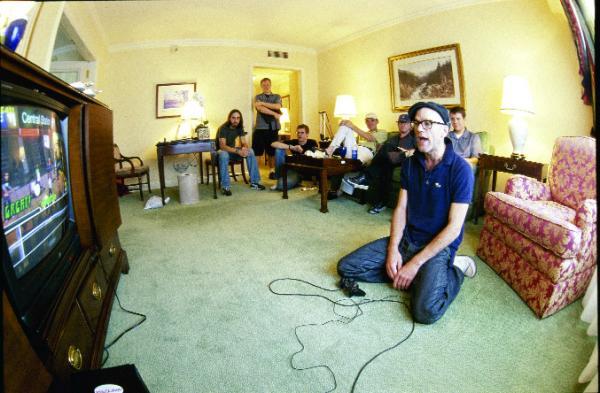 The current issue of Official U.S. PlayStation Magazine (December, Final Fantasy X-2 on the cover) features Michael Stipe and Mike Mills trying out the just-released karaoke PS2 game from Konami called Karaoke Revolution — “It’s the End of the World as We Know It” is one of the 35-plus songs featured in the game. The game’s odd, unexpected conclusion? Let’s just say it involves Mike doing a scintillating version of Cher’s “Believe.” For the rest of the story…you’ll have to pick up a copy of the magazine.

Other bands in the feature include Barenaked Ladies (“One Week”), Hoobastank (“Crawling in the Dark”), and Gin Blossoms (“Hey Jealousy”). Please stay tuned to OPM’s website, Playstationmagazine.com where the article is slated to appear in the very near future.