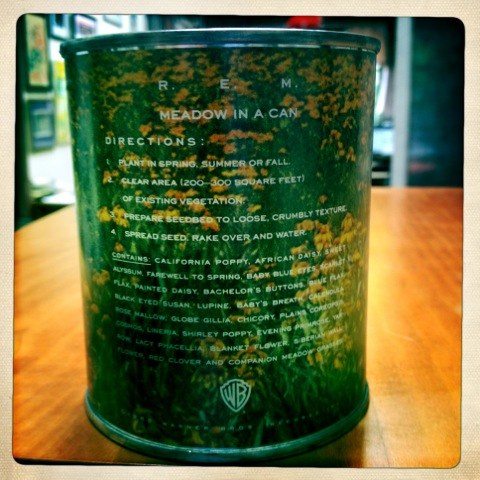 Taking you back to Earth Day, 1990– Merriweather Post Pavilion in suburban Maryland outside Washington DC, where Natalie Merchant’s 10,000 Maniacs, the Indigo Girls and Billy Bragg (and a bunch of other great bands) were playing a benefit and Michael and Peter came along (only a few months after finishing the final shows of the Green World Tour). It was a stellar spring day, not unlike today, and I remember a stunning version of John Prine’s “Hello in There” figured into the festivities. Well, all these years later, all we can find on YouTube to memorialize that day is sort of a shaky quality recording of Michael and Billy joining the Maniacs for Campfire Song but for good measure, we also located a clip of Hello In There from a bit later when Michael actually toured in Europe with Billy and Natalie (LINK).