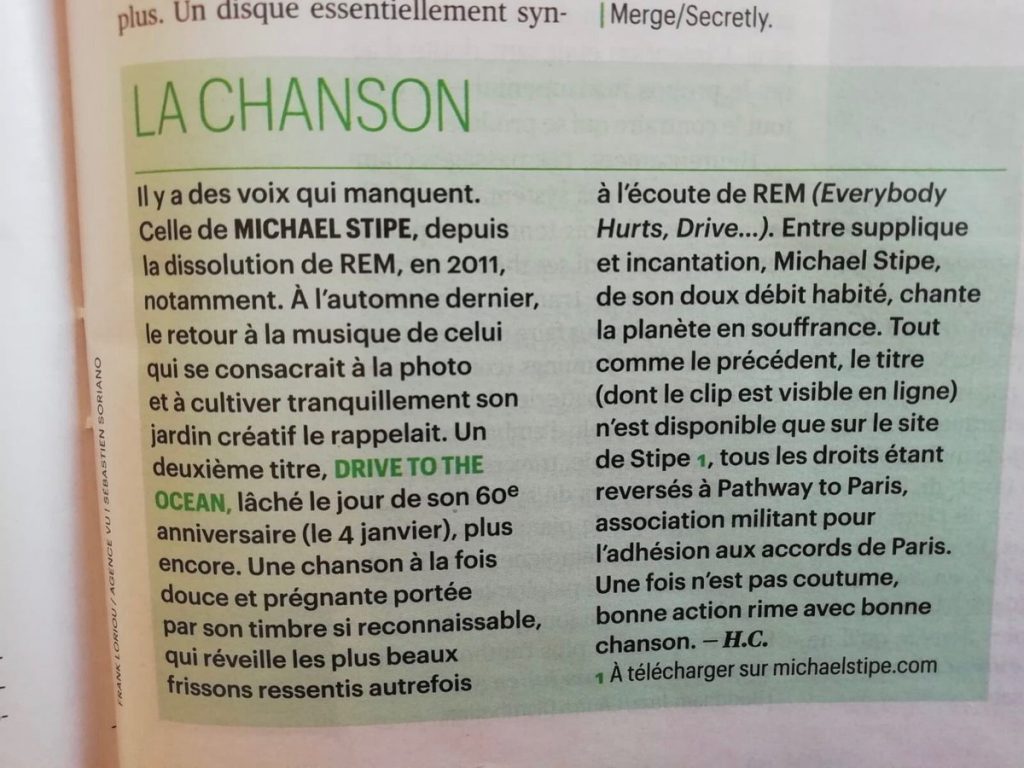 French arts weekly Telerama featured Michael’s “Drive to the Ocean” as La Chanson, aka “The Song,” in its weekly picks this week.

In other news, Michael will be appearing on the Late Show with Stephen Colbert on Thursday, January 30 at 11:35/10:35CT on CBS. A

Also on the 30th, Michael’s second single, the aforementioned “Drive to the Ocean” will be on Apple Music, Spotify and other streaming services, with all Michael’s proceeds going to Pathway to Paris. Be sure to follow the REM instagram on the 30th for behind the scenes stories from the Late Show taping.