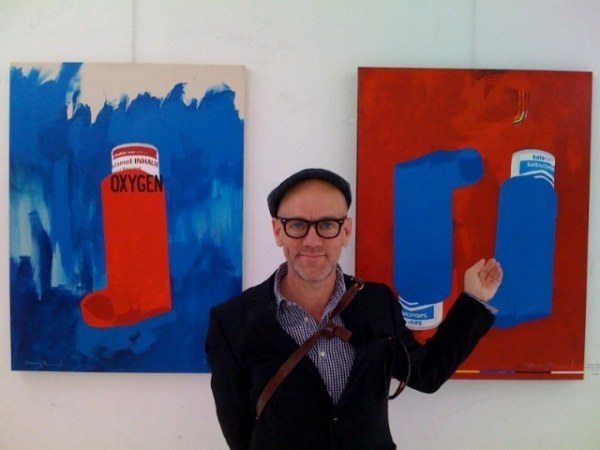 here NOW is the complete text from michael, who is upset with t-mobile while in europe and seriously considering switching carriers.

I biked all around Amsterdam with Bertis and got back to the hotel, where Thom Yorke introduced me to Stanley Donwood, the artist behind most of Radiohead’s graphics. David Belisle and I went to the gallery, Vip’s in Amsterdam, Spiegelgracht 8, where Stanley had his opening last night. The gallerist was supercool and the show was great. This following the David Belisle booksigning at the American Book Center where David’s book broke all store records, and the Radiohead show the night before last [which was an amazing set]. Amsterdam felt fueled by art and music. This is a great way to kick of the European summer. Fantastic. Tonight, Werchter Festival in Belgium and a reunion with The National.