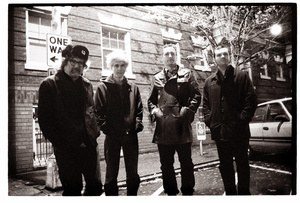 The Minus 5 will be back in action this Friday, March 7th, at the Doug Fir Lounge, Portland at 9 p.m. with The My Oh Mys and Deepest Darkest. As Scott McCaughey pronounces, “It’s a Friday, it’s the Doug Fir, it’s the Minus 5!!! We hit the trifecta!” Get tickets at this link.

And we would be remiss in not mentioning that the 5 will also be playing at SXSW in Austin, TX. In fact Scott McCaughey will be a veritable SXSW tour de force of the ubiquitous sort as he plays non-stop rock with multiple sets from The Baseball Project, Minus 5, Split Squad, Steve Wynn & The Miracle 3, even taking part in the epic Lou Reed Tribute show at the Paramount Theater Friday Mar. 14.