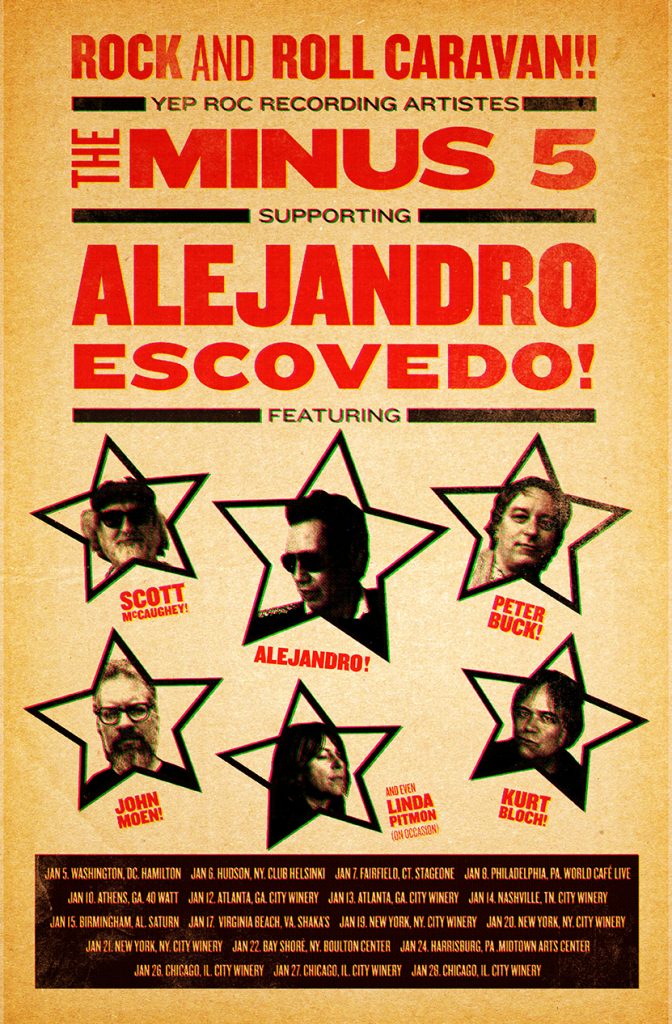 his just in from our good pal, Scott McCaughey:

The Minus 5 heads out on tour, opening for Alejandro Escovedo on all dates!

The band is Peter Buck, Scott, Kurt Bloch, John Moen, except first four dates where Linda Pitmon replaces John Moen. The four Fivers are Alejandro’s band as well, and will be playing much of their collaborative BURN SOMETHING BEAUTIFUL album, of which they are all justly very proud. Says Scott, “Many M5 nuggets will be aired to kick off the evening, and certainly a few Of Monkees And Men tracks will poke their hairy heads into the fray. I imagine some guests will show up along the way as well – maybe even Kelly Hogan! – only time will tell.”