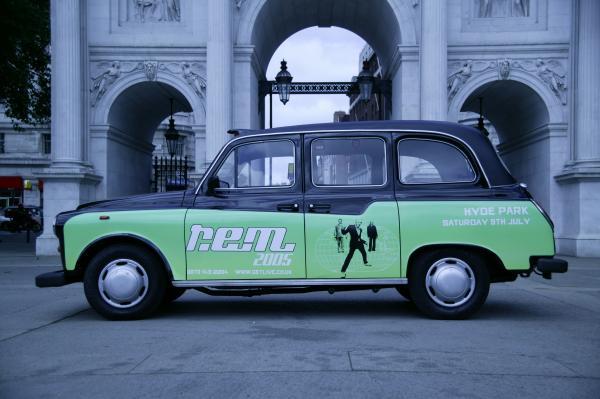 The R.E.M taxi has returned to the United Kingdom after a nearly 10 year hiatus, sporting a new look and traveling the mean streets in celebration of the upcoming shows in July. There are 8 of these beauties currently making the rounds in London where the band will be playing on July 9th at Hyde Park and one each in Cardiff (July 10th–Millennium Stadium) and Manchester (where the band played on June 17th). So, when you’re out on the town knocking about and need to get where you’re going in style, look for the R.E.M. taxi with the 2005 Tour supersides and hop in for a ride.