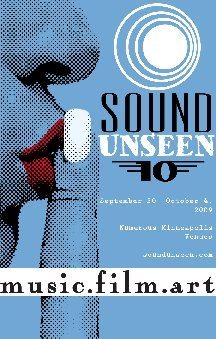 This Is Not A Show, the film by Vincent Moon and Jeremiah chronicling the band’s working rehearsals in Dublin, Ireland, at the Olympia Theatre in summer 2007, will have its world premiere screening at the 10th annual Sound Unseen film festival in Minneapolis on September 29th at the Cedar Cultural Center.

Documenting a self-described “experiment in terror” for the band, French filmmakers Vincent Moon (noted for his work with Arcade Fire, The Shins, and The National, among many others, as well as his Takeaway Shows and work with R.E.M. on ninetynights.com and supernaturalsuperserious.com) and Jeremiah provide a fascinating up-close look at these ambitious live rehearsals. By showing us sets out of chronological order, alternating between black-and-white performance footage and behind-the-scenes color sequences, and toying with the audiences field of view, we are always kept engaged and eagerly anticipating what’s to come. It is impossible not to be hooked as the film draws to a close all too soon, leaving viewers with the palpable frantic energy of these shows, wishing they could have been there in person, but knowing they got the next best thing. A treat for die hard R.E.M. fans as well as novices, This Is Not A Show is not to be missed. Director Vincent Moon presents with a discussion to follow the screening.

The film’s trailer is now playing at Remdublin.com.

This Is Not A Show