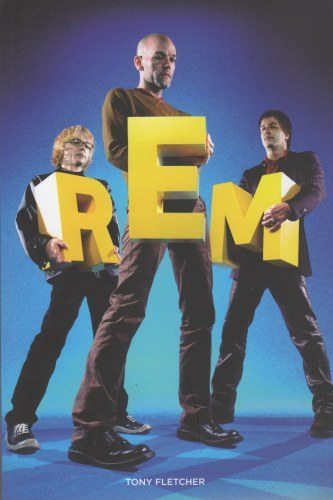 R.E.M. Perfect Circle, the final update of Tony Fletcher’s long-standing R.E.M. biography, has been officially published in the United Kingdom this week. To read an excerpt from the book, visit Tony’s website where you can also find details on purchasing the book. You can read reviews of Perfect Circle at Omnibuspress.com.

From the Press Release:

R.E.M. remains a hugely influential and prolific American band of the last quarter century. Already a bestselling biography, this new, updated and final edition of R.E.M. Perfect Circle by Tony Fletcher brings the R.E.M. story up to date and explains what lead this unique band to draw the curtain on their career.

Tony Fletcher’s biography of the enigmatic quartet from Athens, Georgia, benefits not only from Tony’s long association with the band but also by the co-operation of the band itself.

Drawing on dozens of interviews with friends, associates and the band members themselves, this is not just the story of one group’s rise through cult status, but the story of American rock. Discussing fame, fortune and sexuality with the same keen eye Tony Fletcher casts on the group’s astonishing musical catalogue, “Perfect Circle” is neither blind fan worship nor jaundiced critical cynicism, but a balanced and thorough telling of one of the most compelling rock stories of our time.

Tony Fletcher is the author of six non-fiction books and one novel. His biography of drummer Keith Moon, ‘Dear Boy’, has been named in many a Best Music Book list, and his biography of R.E.M. has been published in over half a dozen countries. His first book, published in 1987, was the official biography of Echo and The Bunnymen; his most recent, ‘A Light That Never Goes Out: The Enduring Saga of The Smiths,’ was published in the UK by William Heinemann in September 2012, and by Crown Archetype in the USA in December 2012. He is also the author of Ã¢â¬ËAll Hopped Up and Ready To Go: Music From The Streets Of New York 1927-77.’ A memoir of his South London schooldays, ‘Boy About Town,’ will be published by William Heinemann in July 2013. He lives with his family in the Catskill Mountains.