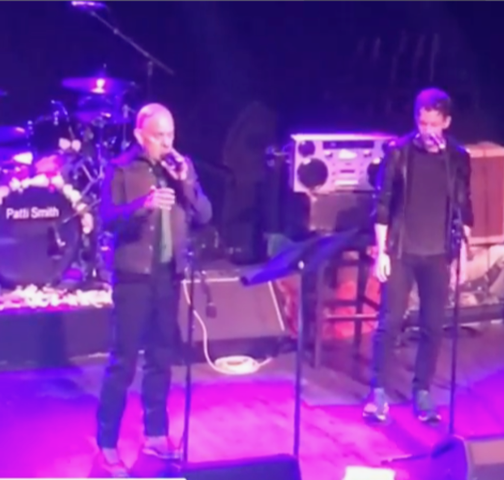 Earlier this week, Michael treated fans to a surprise set at Webster Hall prior to Patti Smith’s headline show at the recently reopened venue in New York City. His set included new songs including one called “Your Capricious Soul” on which he was accompanied by Andy LeMaster of Now It’s Overhead.

You can watch the video here: