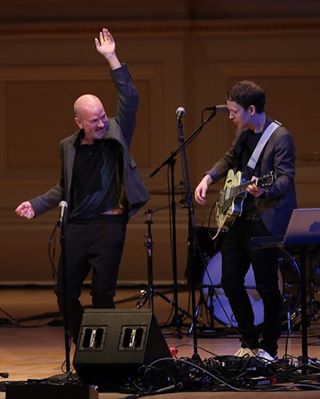 Here’s footage of Michael’s performance on Sunday night at Carnegie Hall for the Pathway To Paris event. Michael was accompanied by Andy LeMaster and Jesse Paris Smith during his four-song set which included covers of Nat King Cole, Ringo Starr, and the Velvet Underground.

Read more about the concert at Rolling Stone