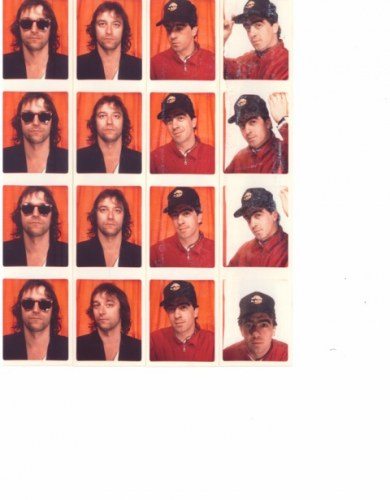 Here’s this week’s installment of the weekly roundup:

FIND OF THE WEEK

As we reported earlier today, we plan to post our favorite find of the week from the R.E.M. archive (photo above) for the next several weeks. In today’s we’ve posted some great passport photos of the band. Go here to have a look at the post.

Earlier this week Seattleweekly.com reported news of an upcoming solo show by Peter at the Sunset on September 21 and 22 along with the Young Fresh Fellows who will be releasing a new album called Tiempo De Lujo. Read more about the show and Peter’s forthcoming solo record here.

WALTER’S BBQ PHOTO GETS A SHOUT

Band friend and acclaimed photographer Laura Levine tells us that the Annenberg Space for Photography ran her post on their blog about the Walter’s photo that’s in the current exhibit WHO SHOT ROCK. You can read Laura’s thoughts on the iconic shot of the band at the Annenberg blog.

Our good friend and co-conspirator Ken Stringfellow has a brand new solo album Danzig in the Moonlight coming out the first week in October. Knowing Strings it will be a record well worth having (and listening to!). Danzig in the Moonlight is now available for pre order at danziginthemoonlight.com where you can choose from CD, double gatefold LP, digital and deluxe bundles with t shirts, vinyl singles, etc. Hurry on over and check it out and read Ken’s ongoing blog at kenstringfellow.com.

A new U.S. Embassy music project will pay tribute to the songs of R.E.M. and will highlight environmental issues in the process. The U.S. Embassy in Slovenia will follow last year’s popular Bob Dylan music project with Projekt R.E.M.: Pure Energy Music, due out on September 8. Projekt R.E.M. features 16 songs by 15 popular artists, all covering classic R.E.M. songs. The project will be dedicated to raising awareness about environmental issues, and will highlight the work of many Slovenian environmental groups. Read more here.