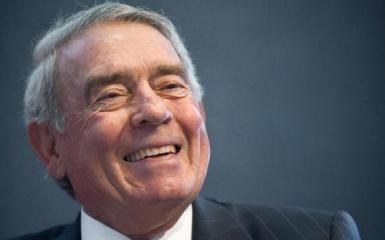 Earlier this week, Atlanta’s 92.9 Dave FM interviewed legendary news anchor Dan Rather who has a new book out called Rather Outspoken: My Life in the News. During the interview, Dan tells the strange story behind R.E.M.’s hit “What’s The Frequency, Kenneth?” . Check it out around the 7-minute mark of the interview and watch this short clip from The Late Show With David Letterman of Dan joining R.E.M. in Madison Square Garden:

BIG STAR THIRD TRIBUTE IN LONDON ON MAY 28TH

As we reported last week, Mike will once again be in the lineup for a performance of Big Star Third at the Barbican Theater in London on May 28th. Guest singers include Jon Auer, Brendan Benson, Norman Blake (Teenage Fanclub), Skylar Gudasz, Brett Harris, Django Haskins, Robyn Hitchcock, Ira Kaplan (Yo La Tengo), Sondre Lerche, Ken Stringfellow, Alexis Taylor (Hot Chip), and Sharon Van Etten. They will be joining the usual suspects: Charles Cleaver, Mitch Easter, Mike Mills (R.E.M.), Chris Stamey, Jody Stephens, and Ray Davies. Visit bigstarthird.com for more information on the project, and check out this article in the Guardian for a really comprehensive look at the legendary album.bigstarthird.com

PETER INTERVIEWED FOR NEW BOOK ON THE MEAT PUPPETS:

Prefixmag.com reports that Peter is among a sterling cast of contributors to a forthcoming biography on Arizona icons The Meat Puppets:

The Meat Puppets often get overshadowed, ironically, by their influence on Kurt Cobain. The fact is, though, that long before Cobain covered “Oh Me” or “Plateau” The Meat Puppets were a fundamental fixture on the ’80s college rock scene (definitely the most fundamental band from Phoenix). Now, the Kirkwood brothers are getting their story told in book form with Too High To Die: Meet The Meat Puppets by Greg Prato. It features interviews with R.E.M.’s Peter Buck, Dinosaur Jr’s J. Mascis, Minor Threat/Fugazi’s Ian Mackaye, Red Hot Chili Peppers’ Flea, Sonic Youth’s Lee Ranaldo, The Minutemen’s Mike Watt, and more. Read more here.

GLOBAL ZERO: GET YOUR NUKES OUT!

Last week Global Zero, the international movement for the elimination of all nuclear weapons, launched a campaign at nukesout.org calling for the removal of U.S. tactical nuclear weapons from Europe. With these nukes out of Europe, the road will be clear for the U.S. and Russia to agree upon unprecedented cuts to their arsenals–which now represent more than 90% of the nuclear weapons on the planet. On May 20th, world leaders will meet at the NATO Summit in Chicago, where the future of hundreds of US nuclear weapons deployed in Europe is on the agenda. The plan has been endorsed by a cast of 300 leading international and political military experts including Archbishop Desmond Tutu, Presidents Jimmy Carter, Mikhail Gorbachev, Vaclav Havel, and Frederik de Klerk, as well as Colonel General Evgeny Maslin (Ret.) from Russia, Ambassador Richard Burt (U.S. Chair of Global Zero), and Rt. Honorable Sir Malcolm Rifkind, MP from the United Kingdom. Check out the full list of signatories. For more information about Global Zero and to support the cause please visit nukesout.org.