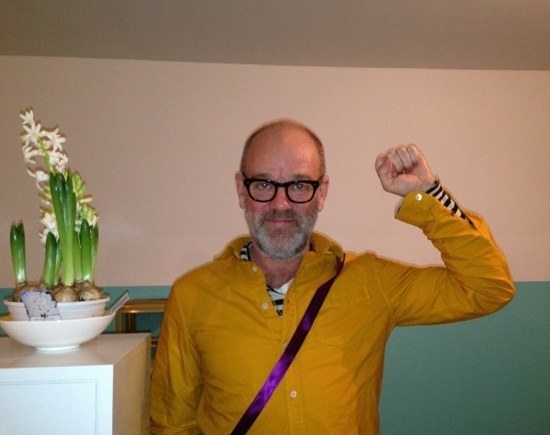 In a special tribute to William S. Burroughs on the date of his birth one hundred years ago today, we’re looking back at a couple of gems from the R.E.M. archives in which the great man features: “Star Me Kitten” from the X-files soundtrack as well as the Vincent Moon film 6 Days (where WSB’s voice appears as a nice segue into “Living Well is the Best Revenge” from Dublin’s Olympia Theatre at the 10:55 mark).

In recalling Burroughs (who wrote the introduction to his photo book about Patti Smith), Michael said in an email with HQ earlier today, “i would describe William as my spiritual queer grandfather.”

If you’re interested in Burroughs, you may want to check out this great story at Npr.org.

Photo caption: “A hyacinth and a royal ribbon for William’s first 100!”