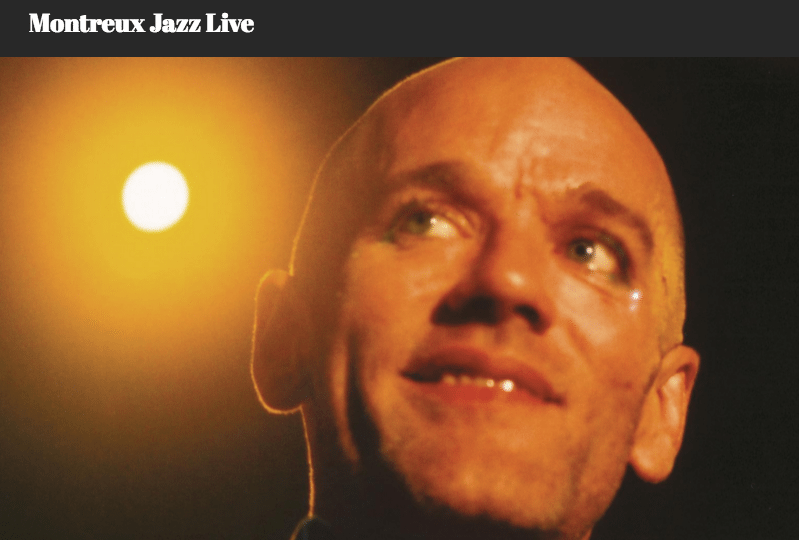 The band’s extended love for the area around Lake Geneva began in 1995 when Bill Berry’s brain surgery occasioned a month-plus on the shores both in Switzerland (Lausanne) and in France (Evian les Bains). We got to know the late great impresario and founder of the Montreux Jazz Festival Claude Nobs, and he had us up to his chalet high above the lake several times over the ensuing years. Well, we recently heard from our friends at the Montreux Jazz Festival that they had added an R.E.M. page to their site with a couple of clips from the band’s performance at the Stravinsky Auditorium there on July 6, 1999; It’s part of MJF’s 50 Years of Live Music feature presenting clips from many of the artists who’ve played the renowned festival since its inception 50 years ago. R.E.M. are of course thrilled to be included among the esteemed list of musicians who have played there over the years— heady company indeed. Interesting notes: Joey Waronker was on drums that 1999 tour, the first one after Bill’s retirement in 1997; the night’s stunning set included 26 songs from standards to chestnuts, like “Pilgrimage” and “Sweetness Follows,” and a bunch of tracks from UP which had been released the previous October.
Check out these clips and explore the rest of the site. We have great memories of a very special corner of the world for R.E.M.: Montreux Jazz Live
Bertis