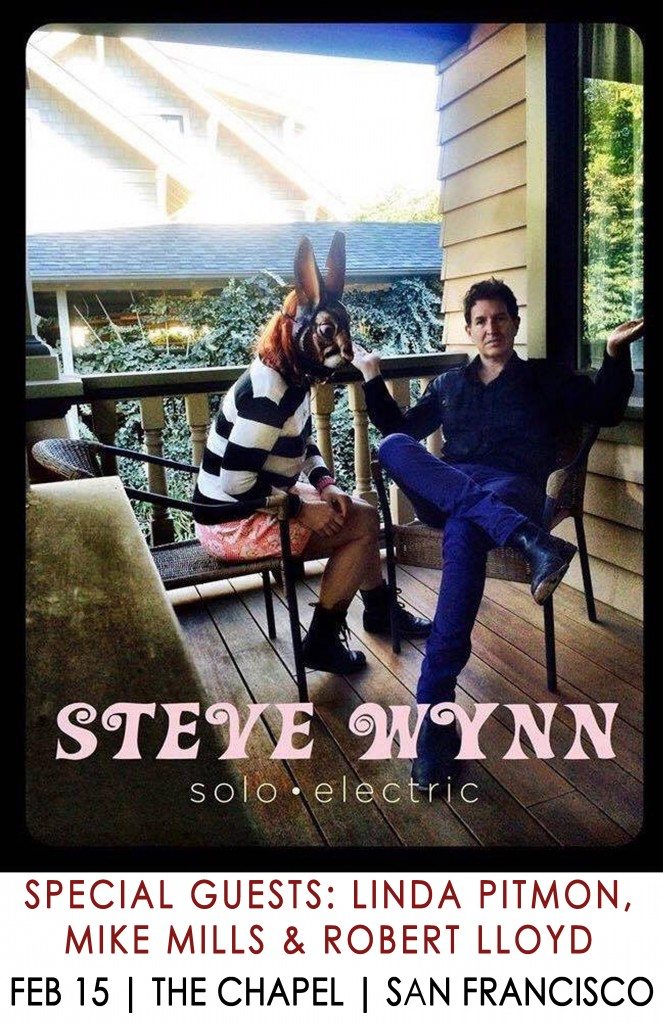 Longtime R.E.M. friend Steve Wynn has a pair of shows coming up on the West Coast this week which fans will not want to miss. He’ll be playingMcCabe’s Guitar Shop in LA and also The Chapel in San Francisco accompanied by Linda Pitmon, Mike Mills & Robert Lloyd. “I think they’ll be a couple of really fun shows. And with the McCabe’s show being on Valentine’s Day, we’re going to be doing All Love Songs–including a surprise treat or two for REM fans,” said Steve. Look for Steve in Santa Cruz at Don Quixote’s International Music Hall on February 16 (sans Mike).