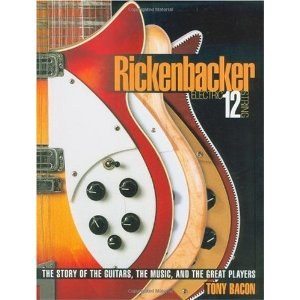 Lots going on leading into the weekend as R.E.M. finishes up week one of their 2010 return to the studio. Stay tuned for a report from the studio later today. In the meantime, here are some of the various things of note we’ve rounded up for the weekend:

As most everyone who visits this space knows by now, R.E.M. celebrated their 30th anniversary earlier this month on April 5th. During the weekend leading up to the anniversary, Athens was abuzz with activity including a music tour, a tribute concert, and a film retrospective. Each of these events was well-attended by fans from all over the globe (we know of supporters from as far away as Norway, the Netherlands, Germany, and the UK… perhaps there were other countries represented too). The band really appreciated the outpouring of well-wishes and congratulations from Athens and everywhere else. On a similar note, the local preservation organization here in Athens, the Athens Clarke Heritage Foundation, with whom the band has worked closely over the years in supporting their mission to be a proactive force in developing community-wide understanding of the value of historic buildings, neighborhoods, and heritage, received a generous monetary donation from Warner Bros in recognition of the band’s anniversary. Very cool. ACHF is currently streaming five R.E.M. videos that were set in historic locations in Athens to showcase the interplay between music and preservation. Sites featured in the videos include The Taylor-Grady House, the Georgia Theatre, the 40 Watt Club, and the Lucy Cobb House. Check them out here! And speaking of Athens, be sure to stop by the Athens Childrens Film Festival if you’re in town this weekend. The festival received some well-deserved press in Time, so it should be well worth your time.

Peter has stayed busy as usual working on various projects, three of which we’ll mention here. He recently played guitar (electric twelve-string and acoustic) on four songs for the upcoming release from Barrett Martin’s new rock band Big High (which is also the name of the album). We’ll have more details available on remhq.com in the coming weeks. Also, as reported earlier, Peter has worked with The Decemberists on their new record. He’s also lent his talents to Tired Pony, the country-tinged project by Snow Patrol’s Gary Lightbody. Finally, Tony Bacon’s book Rickenbacker 12-String has just been released by Backbeat Books. Tony interviewed Peter for the book which is now available at amazon.com.

Our friends at 6 Music (BBC), long at the forefront of breaking great new music through to the people and bringing a wide range of diverse genres to a national audience, are under threat of being closed. Join us in supporting the fact that 6 Music is incomparable to any other station in the UK and should be saved! Learn more about how you can help at We Love 6 Music and Save6music.com.

With the band in New Orleans working on their new record, here are a couple of NOLA specific items worth your time:

Karen Dalton-Beninato wrote an article for Huffington Post about the New Orleans Musicians Relief Fund which features some excerpts from her recent NewOrleans.com musicians series and a conversation with Shamarr Allen who played on some of the November sessions with R.E.M. in NOLA.

Be sure to read this fascinating post by Tim Quirk, whom Bertis and Mike know from previous Future of Music Coalition endeavors. Tim recently attended the FOMC’s New Orleans Band Camp.

Also, speaking of NOLA, be sure to watch episode 2 of the new HBO series TREME this Sunday as it was directed by R.E.M. friend Jim McKay. The episode is called Meet De Boys on the Battlefront. For more about TREME go here.