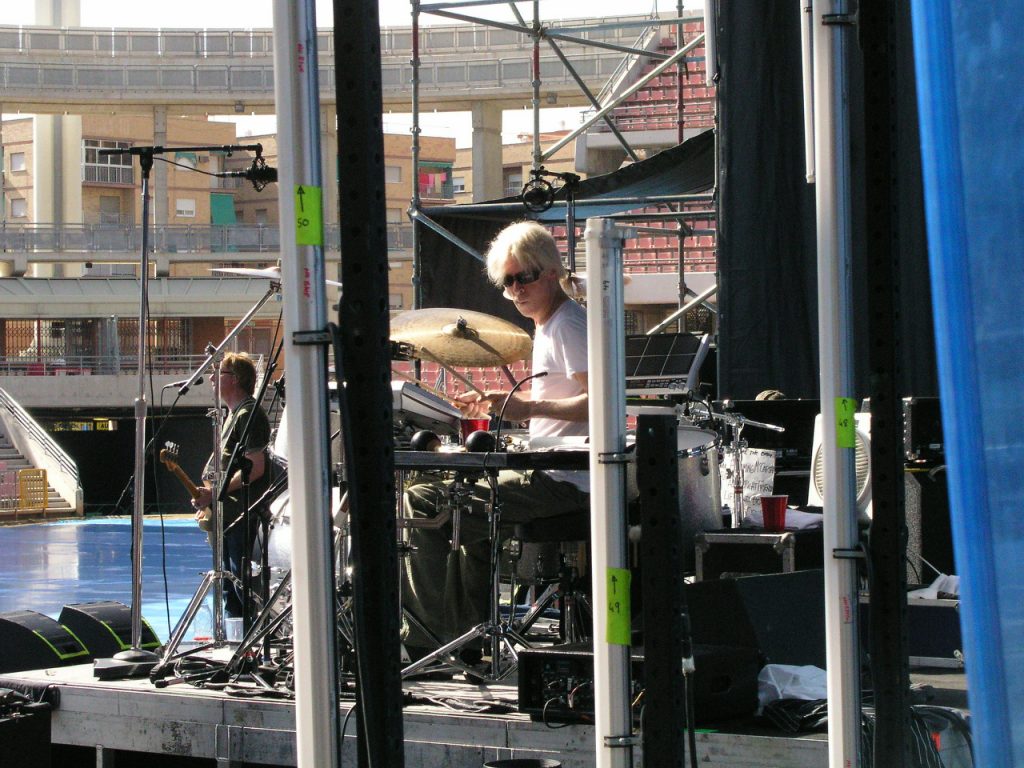 “I got a text from our great friend and comrade Ian the other day, and it made me chuckle, this beautiful memory of Bill. He said I could share it with you all. Love from Michael”

Ian wrote: “hello dear michael. joe lally just let me know that bill rieflin died and i came across your words from him. i had a brief, but wonderful interaction with bill (he played on some of the ‘pailhead’ tracks during his ministry years) and thought of him as the only somewhat sane member of that crew. a year or so after we recorded together, i saw him playing with ministry on their next tour. i noticed that he was studying something on a music stand next to his snare drum while playing and asked him about it. it turned out he was reading a book! i’m probably making this up now, but i swear that he said he had gotten through ‘war and peace’ earlier in the tour. though i imagine this might have been made possible by the repetitive and predictable beats of that music, but i also took it as an indication of his brilliant mind and his ability to engage deeply with more than one thing at a time. he was a good one.”