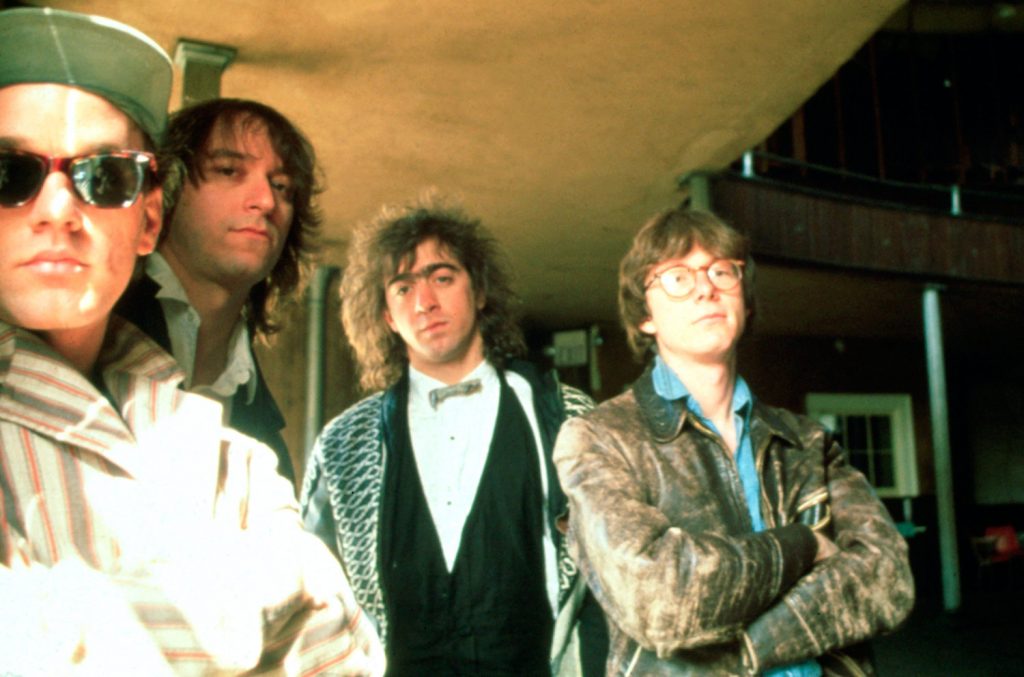 Craig Rosen looks at the legendary two-night stand at London’s The Borderline back in 1991 when R.E.M. assumed the alias of Bingo Hand Job. Interviews with Peter, Mike and Bertis:

From Billboard.com: A mere two days following the release of their soon-to-be Billboard 200-topping album Out of Time, R.E.M. played a pair of secret acoustic shows on March 14 and 15, 1991, at the London club the Borderline under the assumed name of Bingo Hand Job.

On Record Store Day, April 13, Craft Recordings will release a two-record vinyl setrecorded during that second show. It took place as “Losing My Religion” was on its way to becoming a worldwide smash, but before the band was featured on MTV’s Unplugged. R.E.M. was in a loose and jovial mood. The album features acoustic versions of various songs from the band’s catalog, dating back to “Perfect Circle” from the band’s 1983 full-length debut, Murmur, along with a few choice covers.

Read the full article below: