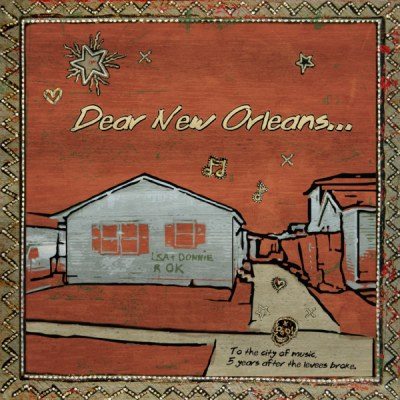 As we announced last week, our friends at Air Traffic Control have released a fantastic, digital-music benefit compilation called Dear New Orleans to mark the five-year anniversary of Hurricane Katrina and in response to the Gulf Oil Disaster also deeply affecting the region. Proceeds from Dear New Orleans will be granted to New Orleans based non-profits working to support and sustain the region’s unique musical and cultural traditions and to protect and restore vital environment and community resources for future generations. The album can be downloaded at Dearneworleansmusic.org, iTunes, Amazon.com, Rhapsody and eMusic.com so hurry on over to one of these digital outlets and help out a really good cause.