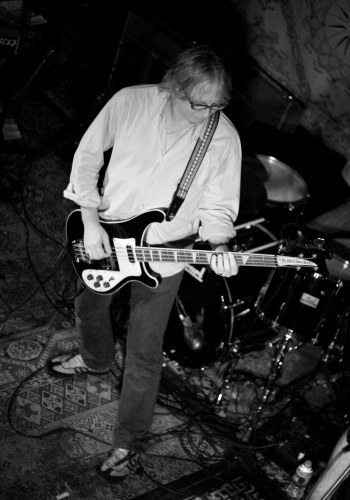 Thanks to photographer Conni Freestone for sending us these great pictures of Mike from The Baseball Project’s recent USA tour. Mike, who took the place of regular TBP bassist Peter Buck, toured with Steve Wynn, Scott McCaughey, and Linda Pitmon over a two-week period that began in Minneapolis and concluded in St. Louis. Please click on the images below to enlarge the photos.

And speaking of Steve Wynn, visit his blog at stevewynn.net for a nice retrospective look at all the action including some great anecdotes and photos.

SAY NO TO NUKES CAMPAIGN PETITION

Global Zero, a member-based organization working for the phased, verified elimination of all nuclear weapons worldwide, has a No-Nukes petition they’ve posted at globalzero.org. Global Zero will be launching a campaign in London next week to educate the public about the astounding amount of money spent on nuclear weapons (One TRILLION IN THE NEXT 10 YRS), despite a severe economic crisis that’s driving governments to cut crucial programs. Through an interactive online petition, users can take action to tell world leaders which public service they think should be maintained (Jobs, Schools, Healthcare, Clean Energy, Public Safety) instead of nukes. Global Zero is hoping to get 100,000 plus signatures on the petition by next week. This is a very timely and significant campaign which the band supports. Please considering signing at globalzero.org.

Read more about the campaign in The Economist.

PETER’S INTERVIEW WITH THE BIG TAKEOVER

Peter’s comprehensive interview with The Big Takeover is featured in their current issue, number 68 and is only available at news stands and book stores. Click here to read an excerpt from the interview and click on the top banner on the site to learn how you can get your own copy.

R.E.M. PHOTOGRAPHIC SERIES ON DISPLAY AT ROCK AND ROLL HALL OF FAME

Prints and postcard sets are available in the World R.E.M. merchandise store.