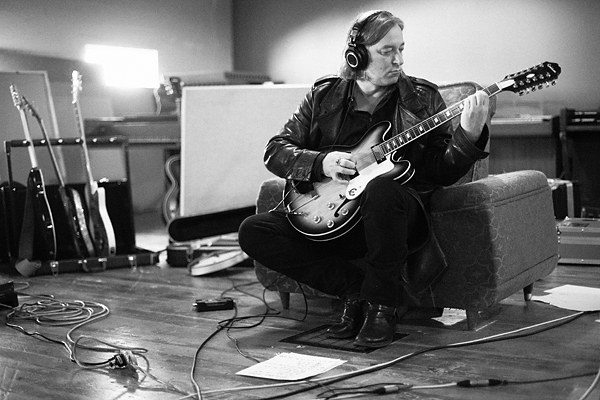 The new John Wesley Harding album, The Sound Of His Own Voice, will be released by Yep Roc on October 11th. Recorded at The Type Foundry, Portland, OR, the album features all-star backing from The King Charles Trio, a band featuring Peter Buck, John Moen, Chris Funk, Jenny Conlee and Nate Query (members of the Decemberists) and Scott McCaughey. Produced by McCaughey and Harding, mixed by Tucker Martine, the album features 13 new JWH songs, with Peter playing a variety of instruments on all tracks. The album also features vocal contributions from Rosanne Cash, Laura Veirs, and John Roderick (The Long Winters).

The first song from the album, “Sing Your Own Song,” is available for free download at John Wesley Harding’s Official Facebook page. To get it, simply ‘like’ the page, click on the link under the photograph on the right, and enjoy!

Also, feel free to follow John Wesley Harding on Twitter (@wesleystace) and expect a tour with the full band in November.