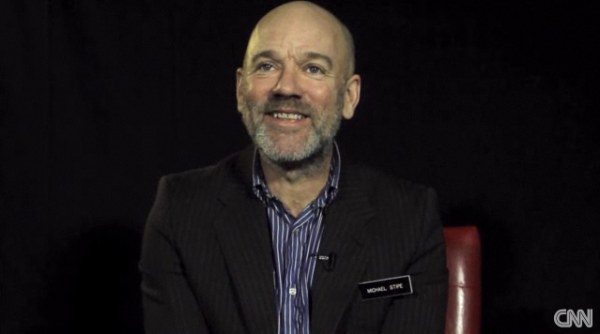 Check out Michael’s interview with CNN International and hear him discuss the band’s latest album and the Collapse Into Now Film Project at youtube.com.

MIKE AND THE LOVELY SPARROWS

The Austin Statesman.com gives a shout-out to Mike in this recent article about Texas band the Lovely Sparrows.

Our friend Vincent Moon, who directed the video for Accelerate lead single Supernatural Superserious and the Six Days DVD, as well as the R.E.M. Takeaway shows and Ninety Nights vignettes, is featured in this piece at the NYtimes.com about his ever-evolving artistry.

THE GREATEST BAND OF THE 80S?

This article makes a good case for R.E.M. being the so-called “greatest band of the 80s.” Visit stuff.co.nz and read why…

WHAT MAKES A GREAT COVER?

There’s no denying the fact that the band has done their share of great covers over the years (both live and in the studio). In fact, one could make a solid case for R.E.M. having done more great (as well as obscure) covers over the course of their career than any other band of similar stature. At the very least, it would make a nice research paper if you’re looking for a topic. Case in point (this is by no means exhaustive!): Pylon’s “Crazy,” “Strange” by Wire, “Superman” by the Clique, “Femme Fatale,” “There She Goes Again,” and “Pale Blue Eyes” by the Velvet Underground, “(All I Have To Do Is) Dream” by The Everly Brothers, “Love Is All Around” by The Troggs, “The Passenger” and “Funtime” by Iggy Pop, “Baby Baby” by the Vibrators, “Academy Fight Song” by Mission of Burma, “I Walked With A Zombie” by Roky Erickson, Aerosmith’s “Toys in the Attic,” “Arms of Love” by Robyn Hitchcock and the Egyptians, “First We Take Manhattan” by Leonard Cohen, Jimmy Webb’s “Wichita Lineman,” “Wall of Death” by Richard Thompson, and Television’s “See No Evil.”

And though we rarely care to inject our opinion on these pages (just the facts), it may not get any obscurer (and cooler) than R.E.M.’s version of this tune by Roky Erickson:

And of course this live version of Television’s classic is amazing (with a rare appearance by Peter on backing vocals):

Which leads us to the next article we found at Blinded By Sound which looks at what constitutes a great cover song. The piece includes a clip of Michael and Mike joining Adam Clayton and Larry Mullen, Jr. of U2 for a great rendition of the Irish band’s classic tune “One” as well as Old 97s covering “Driver 8.”

IT HAPPENED TODAY AT FLAGPOLE

<br>And finally, thanks to Bertis for catching this recent remix of “It Happened Today” by Witness the Apotheosis, an Athens Darkwave/Industrial band. Give it a listen over at flagpole.com.