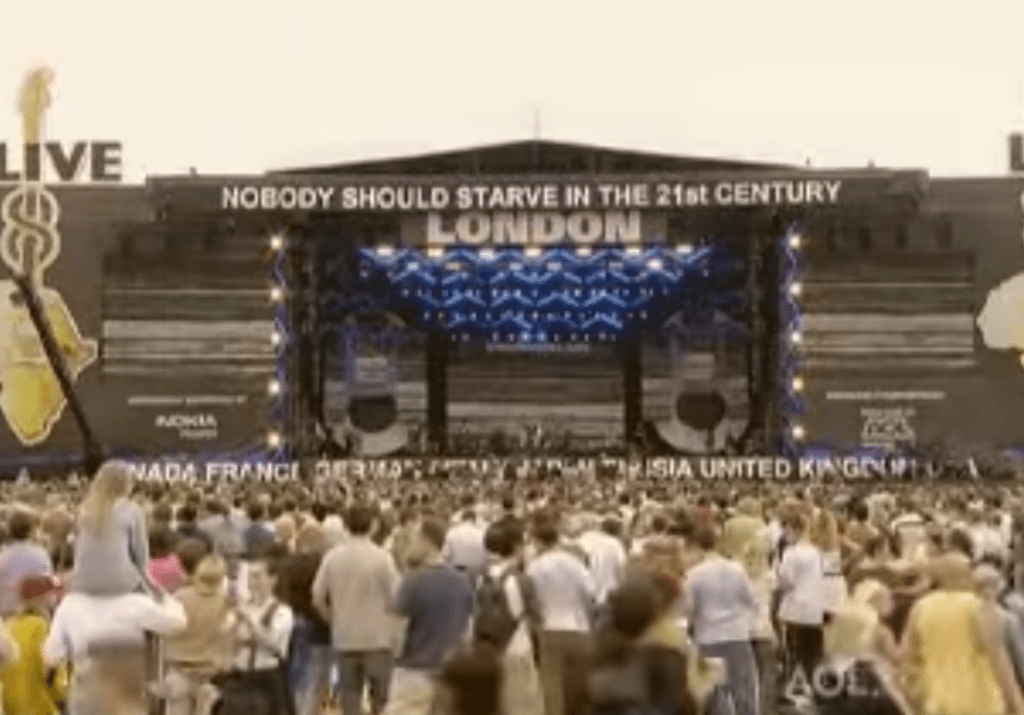 When R.E.M. played twice in one day— Live 8 at Hyde Park in London mid-afternoon, then about 7 hours and a quick flight later at the St Gallen Festival in Switzerland. Definitely one of the more memorable days ever— from U2 and Paul McCartney opening the Live 8 proceedings with Sgt Peppers, to a rocking set at St Gallen, and then on to Werchter where they played at Rock Werchter (as always) the next (Sunday) night. That was quite a fortnight in July of 2005— the 7/7 bombings delayed the following weekend’s Hyde Park show and we all felt a strange mix of emotions throughout— still do. Bertis