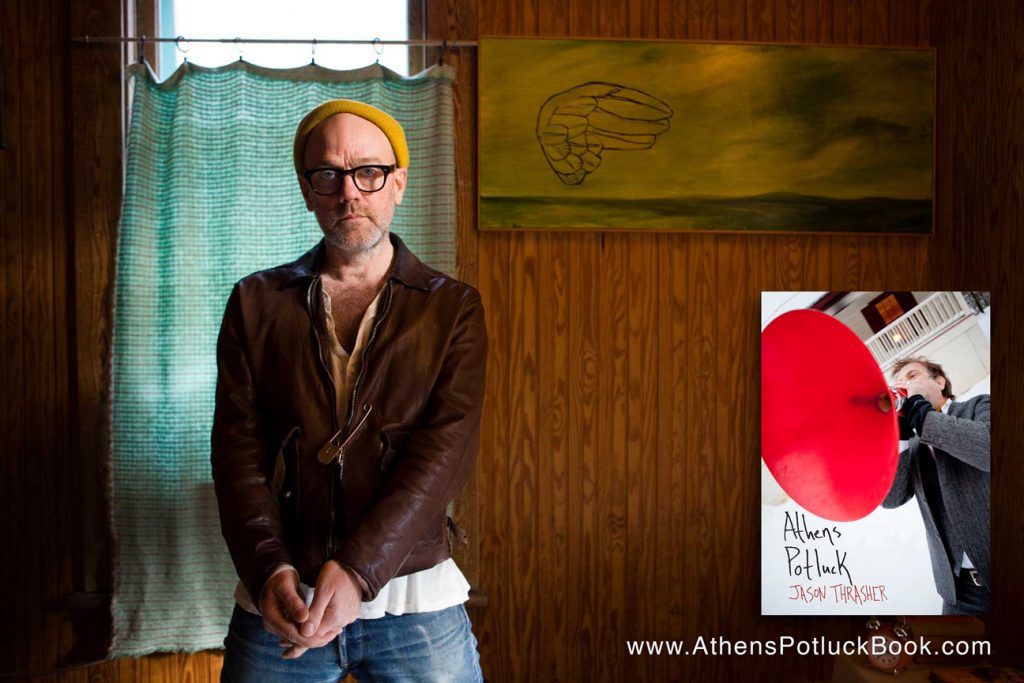 Athens-based photographer and HQ friend, Jason Thrasher, is releasing a “stream of consciousness” body of work focused on the widely-varied music scene of Athens, Georgia, called ATHENS POTLUCK this Fall. Michael is among the 33 musicians featured.
Here’s what Jason has to say about the book and Michael’s involvement:
“I’ve been working as a photographer in Athens, GA, for twenty-two years. The Athens Potluck photo book is a love letter to this amazing town. In total, I photographed 33 musicians for the project. Michael Stipe was chosen the day R.E.M. “called it a day” as a band. I’ve always felt that I captured him as he transitioned from rock n roll front man to independent artist. Michael’s chapter will include about a dozen photos of him at his home in Athens, GA. I’m offering an opportunity for people to support production of this book through a pre-sale campaign on indiegogo. Thanks for checking it out: www.AthensPotluckBook.com …”