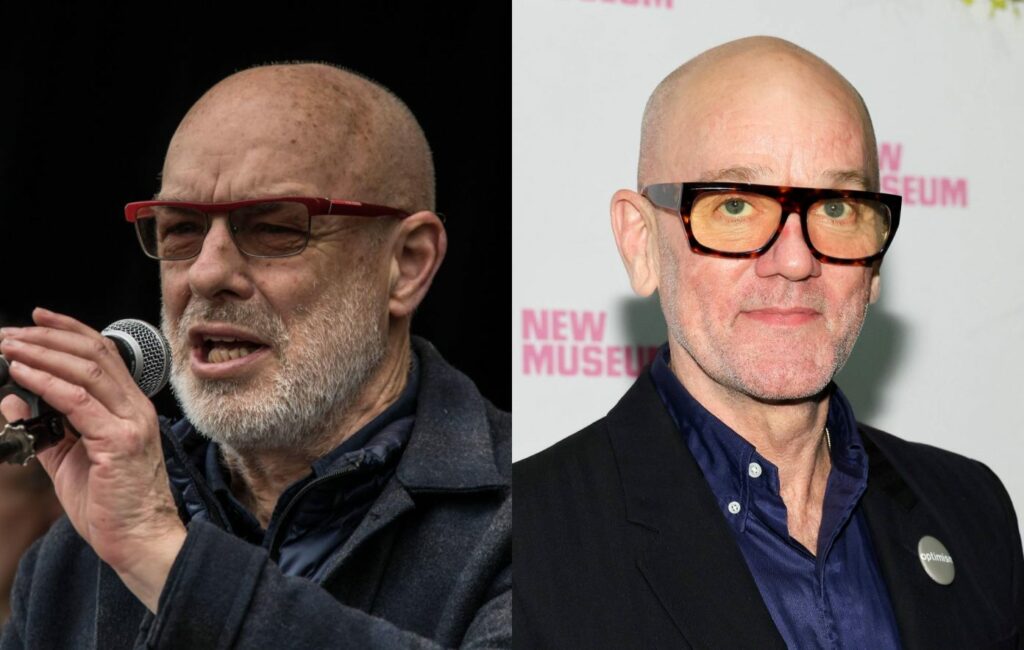 Michael and Brian Eno have collaborated on a new song set to be released on Earth Day (April 22). The single, titled “Future, If Future,” is one of 100 songs being released by various artists via Bandcamp in an effort to raise awareness about climate crisis along with funds to support groups leading the effort to combat the ongoing dilemma.

In an interview with The Guardian, Eno had this to say about the song and collaboration: “I’ve just finished a piece this morning with Michael Stipe … This will be the first time I’ve worked with him, though I did sing with him once on Saturday Night Live or something like that … I’m very pleased with the way it’s gone. It’s a very good song, a very Stipe song. Beautiful lyrics, extraordinary piece.”

Read more from the interview HERE.