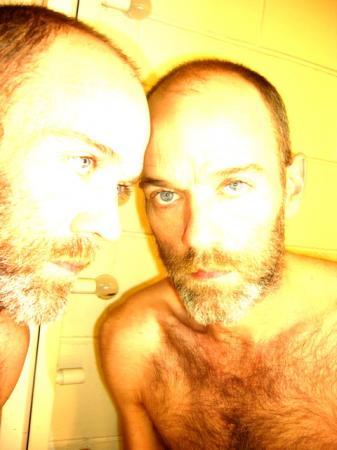 Last month bert and I went on a whirlwind visit of austin texas to work with coldplay, appearing on austin city limits. I sang 2 songs with the band including the joseph arthur track âin the sunâ. You may have caught it on your local PBS station; if not, its already in repeat.

Ive seen coldplay many times over the past few years, including the atlanta show of a few months ago. They have taken it up several notches in the live show, which is superb, engaging, brilliantly paced; the austin city limits taping completing for me what became an end of year of unparalleled charisma; u2 at msg in nyc, dolly parton in atlanta, then patti smith in brooklyn; then coldplay in austin.

While in austin we had some good food and bumped into some old pals, lance armstrong and sheryl crow, my friend blue, our people from florida who came in for the show. The mayor of austin was there for the taping which I find particularly cool. Weirdly, and I am not so much mr.gawker.com[although I love the site], I saw sam shepard outside of the hotel there; I guess heâs working on a project in texas. He was on cel so I didnât interrupt him; but it was kindof one of those ohmigod thatâs sam shepard sightings.

Coldplay continue their tour for the rest of eternity it seems. I hope to see them again several times on this tour; I woke up for a week singing âspeed of soundâ. Whenever I see a great show I get that twinge, that urge to jump up, but I have to say Im happy to not be touring right now, although[and especially today] Im still reflecting back to last years shows…

I cannot believe that we pulled off the one-year-ago-today leg, around the world in 90 days, 31 countries.

That is, in the words of my pal julie p., like a teenage punk rock van tour. We did it, and we did it right. And boy was it tiring. But like all things you have to work extra hard at, the rewards were enormous. I saw parts of europe and the southern hemisphere that Iâd never been to. We had fans showing up at multiple shows, and recognizing them in the audience was a treat and a boost on the more difficult nights. And the confidence of playing great shows came with dollops of humility, enlightenment, inspiration, lots of planes, team america[fuck, yeah!] on repeat on the bus, and buckets of laughter. It was a great year for us and a great tour I believe. I look forward to whatever weâre going to do next; for now, its a time to gather, reflect, draw together those things that bring inspiration to its explosive point, its necessary release. I look forward to the next record and what this time now may bring to it.

And so I wish everyone a happy new year 2006. May it bring art, inspiration, solace, hope, change and love to all

Here is my one-year-ago pic wondering[incredibly self-consciously–the mirror thing? arrgh] if I dare step onstage in lisbon with winter hair. I chickened out and didnât

Heres to it all
M