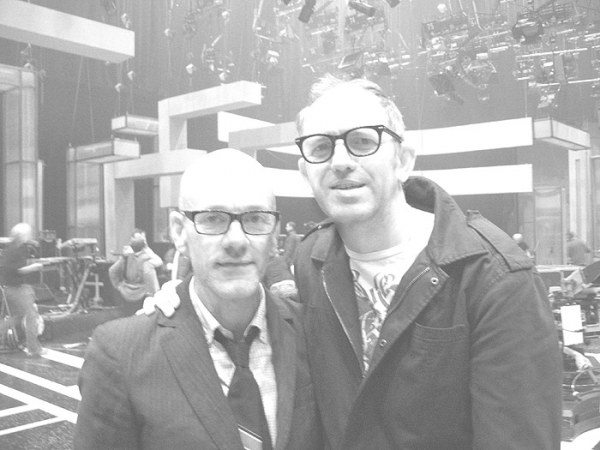 ANTON CORBIJN and I wearing each others glasses at the Jools Holland show in London; Anton talked about CONTROL, his just-released film about Ian Curtis. Last Monday Bertis and I went to a theatre in Soho to see it and we agreed it’s the best film we’ve seen in a very long time. Check online or in the papers for a theatre near you.

Performing on the show that night were CROWDED HOUSE [who were amazing] and BATTLES from NYC who I had not heard before. They were incredible live and really great to talk to. I can’t wait to see them perform an entire show soon. They have an album on warp called MIRRORED.

I’m here doing press mostly tv for the new live cd/dvd. Peter and Mike fly over soon to mix the new record in London, release is set for spring 08. We finished recording in Athens earlier this month. Superexcited.