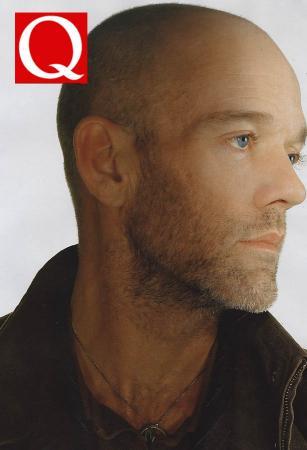 Michael is one of 20 artists selected by Q to have their own cover in this month’s special 20th Anniversary of Q Magazine. READ MICHAEL’S INTERVIEW BY CLICKING here.

In a publishing first Q magazine has produced 20 different collectable covers to commemorate their anniversary.

As well as the exclusive interviews in which the above artists exclusively talk about what Q means to them and their own personal highlights and low points over the last 20 years, the issue also includes Q’s nominations for the best 20 albums and songs during its lifetime.

Q Editor Paul Rees: “The 20th anniversary of Q, the essential music guide, is a landmark moment, and therefore we were determined to mark it with a landmark publishing event. I believe we have done so. I can think of few magazines anywhere in the world who could exclusively photograph, interview and do separate covers with 20 of the biggest and most iconic stars in their world. That Q has done so is befitting for a magazine with its rich history and stature.”