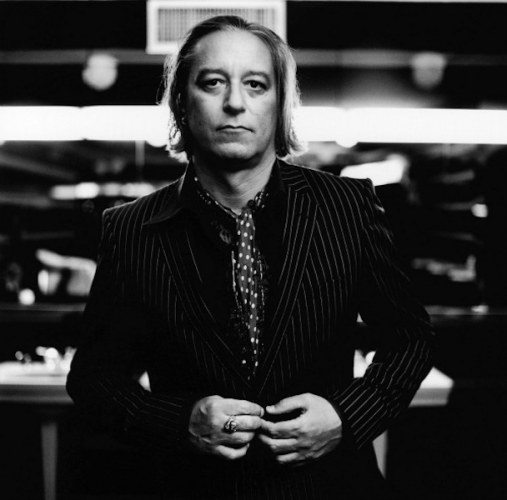 Peter was the resident camp counselor at Todd Rundgren’s second annual Musical Revival Camp in Big Indian, New York, on Tuesday this week. The camp, in New York’s beautiful Catskills, runs from July 23-27, and offers campers an opportunity to spend time with host Rundgren, counselors Peter Buck, Mark Volman of the Turtles and other special guests. The camp features a roadhouse jam, sports, and a daily Q&A session among other activities. In an interview with Rolling Stone, Rundgren explained, “For me, I’ve always been acutely aware of the fact that I wouldn’t still be in the music business were it not for the devotion of my fans, particularly [the] core group that has stuck through all of the changes that I have gone through.” Now that’s the spirit! Read more about the camp at toddrevivalcamp.com

THE BASEBALL PROJECT TOUR GETS UNDERWAY

The Baseball Project, featuring Scott McCaughey, Linda Pitmon, Steve Wynn, and Mike Mills, kicked off a much-anticipated tour of the great Midwest Tuesday night in Madison, Wisconsin, with a double-header. The band started off the night at Warner Park where they played a pre-game set later followed by a post-game gig at High Noon Saloon.

If you’re in the area, be sure to check out the BBP on one of the following dates:

7/27: Minneapolis, MN — 400 Bar. (Note: The band was originally scheduled to play the Soundtown Festival on this date, but the festival has been cancelled. The band is looking forward to a great night at 400 Bar.)

Visit the Schedule page at thebaseballproject.net for more details!

Visit Stereogum.com to look at their analysis of R.E.M.’s albums “from worst to best.”

A great new version of “Losing My Religion” by the Ali Farka Toure band is featured on the new album from Artists Project Earth, called Rhythms Del Mundo Africa. Sales of the album, which includes songs by Mumford & Sons, Red Hot Chili Peppers, and Fleet Foxes, support some really great projects all over the world, tackling climate change and poverty. Click here to find out more.

This video, set to the band’s single “We All Go Back To Where We Belong,” includes footage from everyone of R.E.M.’s videos over the years. Very nice indeed…