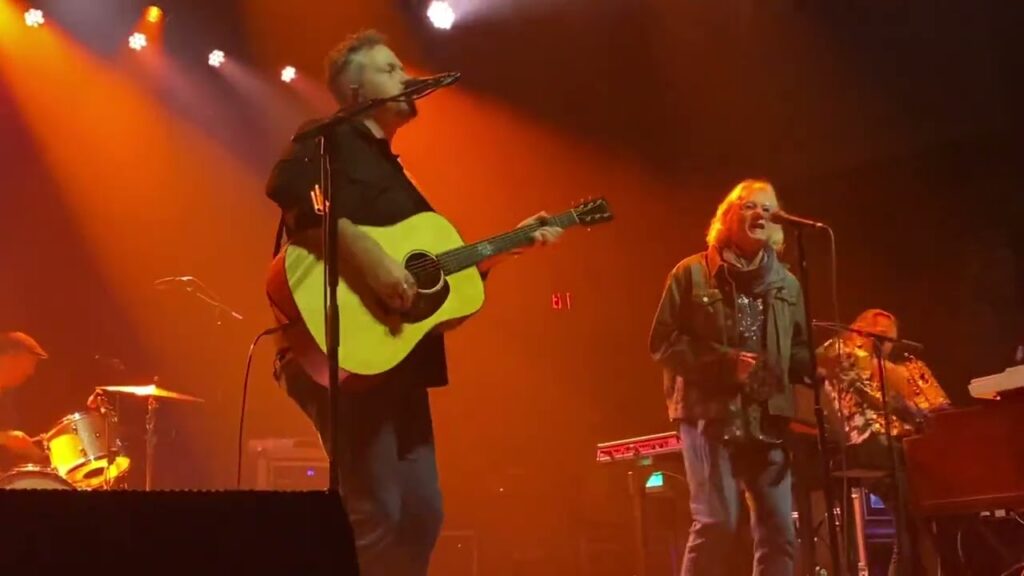 From Monday night’s show at the Georgia Theatre in Athens when Mike joined Jason Isbell and his band on stage for a rousing version of “Driver 8” from Fables of the Reconstruction. Jason also covered “Nightswimming” during the show… both songs were featured on his Georgia Blue LP which was released in October 2021.