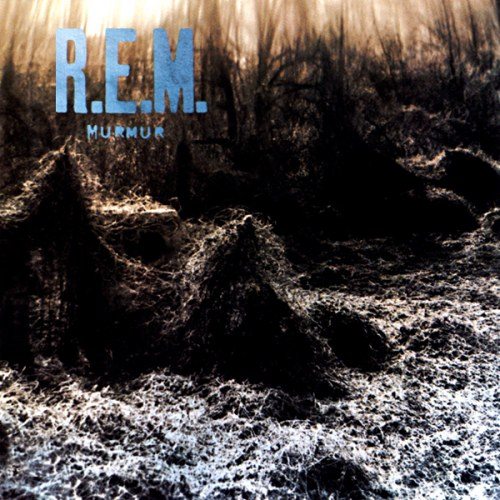 Today marks the 30th anniversary of R.E.M.’s debut album, MURMUR, which was released on April 12, 1983, on I.R.S. Records. Mitch Easter and Don Dixon produced the record in Greensboro at Reflection Studios. MURMUR, which reached number 26 on the Billboard album chart, received Rolling Stone’s Best Album of 1983, nudging out Thriller by Michael Jackson, Synchronicity by The Police, and U2’s War. MURMUR also received second place for Album of the Year in Village Voice’s prestigious Pazz and Jop poll, and the band was rated Rolling Stone’s Best New Artist of 1983 (read Rolling Stone’s original review).

“When we were doing MURMUR we knew that it was not going to sound like anything released that year,” said Peter Buck in R.E.M./Fiction: An Alternative Biography by David Buckley. “We wanted an air of mystery.”

“We were conscious,” Buck told Rolling Stone, “that we were making a record that really wasn’t in step with the times. It was an old-fashioned record that didn’t sound too much like what you heard on the radio. We were expecting the record company to say, ‘Sorry, this isn’t even a record, it’s a demo tape. Go back and do it again.'”

According to Dixon, in a Rolling Stone interview, “It was a unique combination of people, where there was enough tension and enough cohesiveness.”

In 2008, a 25th anniversary edition of R.E.M.’s seminal record was released to further critical acclaim, receiving 10/10 at pitchfork.com. MURMUR ranks eighth in Rolling Stone’s 100 Best Albums of the Eighties.

Check out these tracks from MURMUR:

“Talk About the Passion”