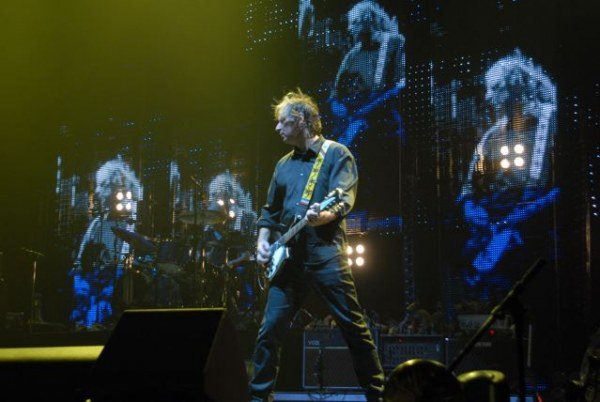 Tonight, Peter will join the Normaltown Flyers for their 30th anniversary show at the Melting Point in Athens. The Flyers, longtime fixtures at Athens institution Allen’s in the Normaltown district, are expected to be joined by numerous friends and fellow musicians, including Peter, throughout the night. “I played with them somewhere between 80 and 100 times between 1990 and 1992, on Wednesday night,” said Peter. “Allen’s was a block away from my house, and I would just walk down and usually jump in on their second set.” He added, “It was really nice of them to include me in the anniversary show even though, obviously, I was never an official member. I’m looking forward to playing with Brian and the guys again.” The Flyers will play three sets beginning at 8pm. Visit their myspace page here and visit the Melting Point’s website for more details.

Check out this clip from earlier in the week in which Peter, Scott McCaughey, and Bill Rieflin join Wilco on stage for “California Stars” at the Classic Center in Athens: