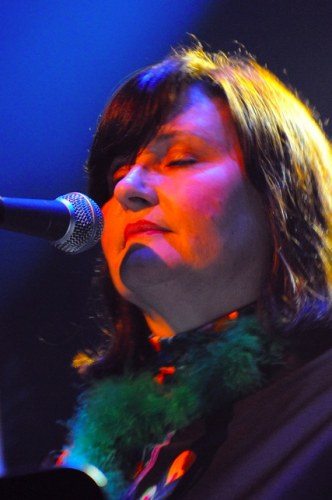 Here are some great photos we’ve been meaning to share of Mike’s recent performance at a benefit concert for the Georgia Theatre at the Classic Center in Athens on October 9th. The photos, by photographer Stefan Eberhard, show Mike on stage with Vanessa Hay of Pylon and some of Athens finest musicians including MGB’s Michael Guthrie, Mike Mantione of Five Eight, John Keane, and members of Athens band Abbey Road Live. It was the first time in thirty years that Mike had sung with Vanessa, so it was a very special night in the annals of R.E.M. and Pylon. Songs on which Mike performed in the second set were “I Should Have Known Better” and “Norwegian Wood;” Mike joined in with the aforementioned players on “Let It Be” during the encore. Additional photos of the benefit concert can be found here.

Also of special note, Mike will be playing in the Sex Pistols cover band, Bodies, at Go Bar in Athens on Halloween night. Mike will be holding down the bass ÃÂ  la Glenn Matlock. More to follow, including photos, from this exciting Halloween night gig.