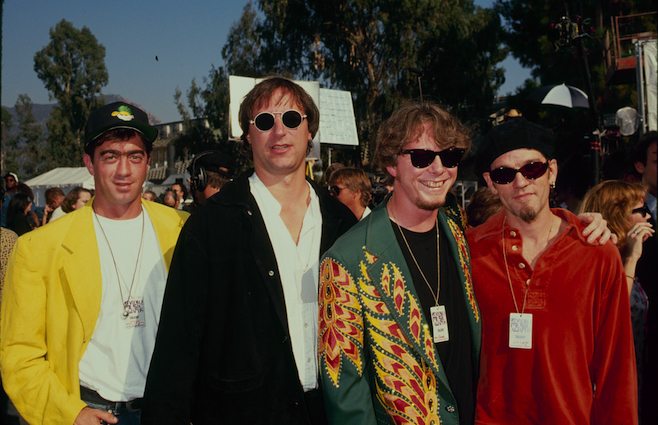 From Pitchfork.com: R.E.M.’s 1991 LP Out of Time might not be their masterpiece, but it’s arguably their most important album for the way it broke them on mainstream radio, reaching far beyond the commercial potential displayed on 1988’s Green. Out of Time was an LP that redefined R.E.M. as both artists and icons of pop culture, one in which they took a moment to reflect on issues of the heart, mind, and soul. It reached beyond their primary role in the ‘80s as the Reagan era’s most level-headed protest rockers, delving into love in all its forms, from the one-sided (“Losing My Religion”) to the abstract (“Country Feedback”) to the absolutely pure (“Near Wild Heaven,” “Shiny Happy People”). In the last quarter century, R.E.M.’s seventh album has aged beautifully, shedding much of the fanfare surrounding it in 1991, when it seemed to some a sellout moment for the college-rock graduates then tackling their second album for major label Warner Bros.

Read the rest of the article at Pitchfork.com