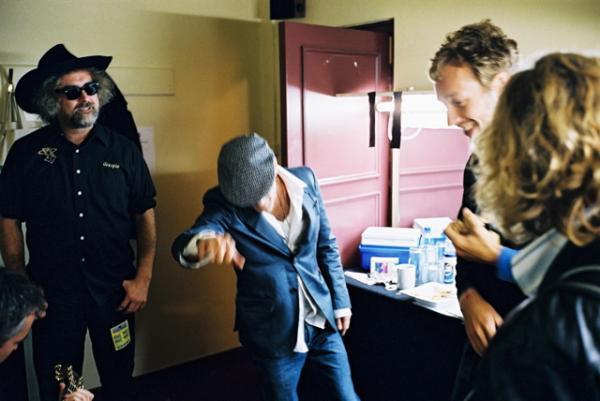 A brief update from Milan–too many emails to get to for any more than this.

After a packed week of radio/TV/live/print madness in London (all fun, all productive) we came down to Milan Friday night for a few days of the same here. Italy is always a highlight and no exception this time. The band played Festival Bar Saturday, a huge televised music showâit was the first time R.E.M. has appeared in Veronaâs magical arena, a kinda âperfect circleâ packed with people who seemed very happy to hear âBad Dayâ and âLeaving New Yorkâ (during the new song, the crowd did âthe waveâ for the whole 4 minutes, which was pretty wild). Then a needed day off in one of our favorite cities before back into the press trip todayâincluding a press conference where of course topic #1 was the upcoming U.S. election.

All fine and only a few days/stops to go before heading back to the States and gearing up for the Vote for Change shows in less than two weeks.

p.s. Here are some pictures (all taken by David Belisle) from the promo tour thus far.