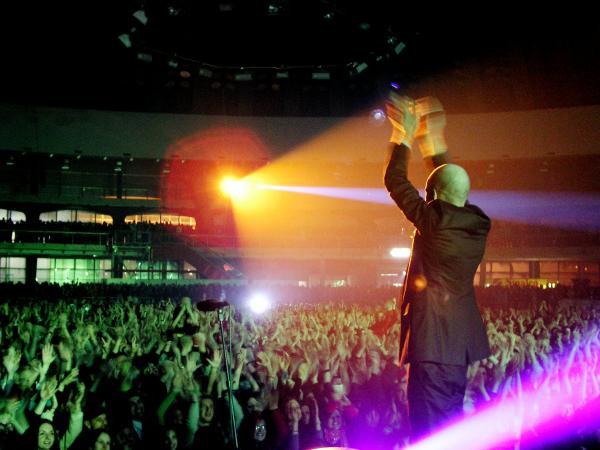 We are in Prague, where in 1995 we finally got to play in August after cancelling in March for Billâs brain surgery and in July for Mikeâs abdominal surgery. This time, as of just before showtime, all are healthy and fit as fiddles, and the way the shows have been going, fans in the brand new Sazka Arena, can expect a roaring, spirited show with some fun surprises in the set list. Lately some old and new favorites have been cropping up–from Seven Chinese Brothers to Turn You Inside Out to Bad Day to Swan Swan Hummingbird, so one never knows whatâs next…

We arrived to a snowy wonderland this morning and had a little time to walk along and across the scenic river. Between Prague and Budapest (where we spent yesterday), I donât know of any more striking urban rivers anywhere and the preservation of timeless architecture is pretty impressive in both places too. As usual it is a real joy to be in places like this and as usual I wish we had more time, but on to Riga and Tallin and St.Petersburg over the next few days in our Balkans to Baltics campaign. At this point we are just hoping the weather cooperates and while we are sledding our way through January, it is nice to know that a few more shows for the summer will be announced on this remhq.com website later this week.

Until later, probably from somewhere east cold and north!