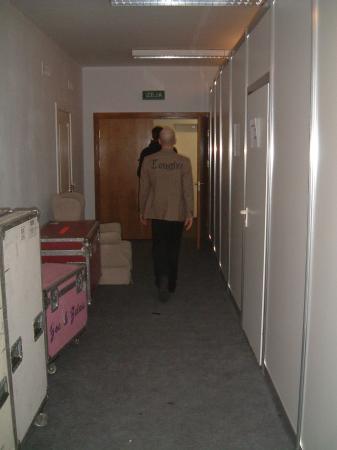 The band is in Riga, Latvia, tonight for a concert at Kipsala International Exhibition Hall with support from Brainstorm. Earlier today, Bertis phoned in with an update from Riga, which he described as “a beautiful park-strewn City laden with a foot of snow; we received an enthusiastic response at the hotel upon our arrival and are excited to be playing in Brainstorm’s home country.” Tonight’s show marks the first of three Baltic concerts. R.E.M. wil play at Saku Hall in Tallin, Estonia, on Wednesday and in St. Petersburg, Russia, at the New Ice Arena on Thursday.

Stay tuned for more updates and photos in the Live section, and
ih the meantime, have a look at these articles on R.E.M in Latvian: