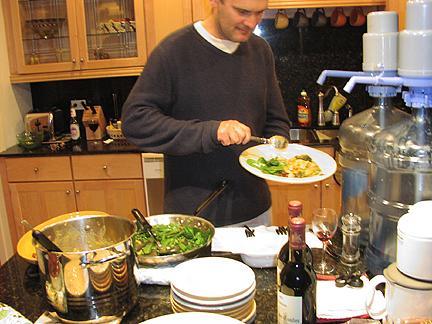 I am flying home after about a week in New Providence, better known as Nassau, where the band is recording the new record. The songs are sounding great, everyone is enjoying the creative process, and it is a nice place to be â the studio has been the site of tons of great records over the years â from Bob Marley to Bjork to the Rolling Stones to Talking Heads to all the Death Row stuffâ¦

People often ask how the band decides where to record. My answer is a) the same way they decide everything (by talking about it and considering options on where they want to spend a chunk of time) and b) theyâve gotten better at it over the years (exploring warm places in midwinter, as opposed to callow youths booking London or upstate New York in February!) (Nothing against either London or upstate New York, but the guys decided based on those experiences to go for warmth in winter). Anyway, Nassauâs been clear, warmish and windy. The people are kind, the buildings colorful, communications challenging, transportation options varied (rental vans, walking, jitney busses, taxis are about it) and the pace about what youâd expect — slow, relaxed.

The songs are flowing though, and with the full band there, they seem to be tracking about a song a day. Fixes, tweaks, edits, mixes â those will come later in the spring/summer, all of us aiming toward a fall release and associated live experiences… (Speaking of which, donât forget about the impending release of Perfect Square, our concert DVD filmed last summer in Wiesbaden, and containing as a bonus, the legendary film A Stirling Performance, from the hilltop Scottish shows of 1999.)

It is a good time for R.E.M. right now. The guys are as psyched about the new material as Iâve ever seen them, and some of it sounds exciting and wonderful. All kinds of tempos, layers, moods, and melodies that linger â the kind of R.E.M. record they spoil us with.

It is Super Tuesday and I am heading home.
The music is percolating.
All things in time.

P.S. Donât forget tomorrow night (Thursday, March 4th) when MTV2 will air Dashboard Confessionalâs performance of Automatic for the People as part of its Album Covers series. It is a great show, and Michael enjoyed helping out.